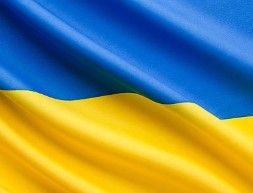 "Hi! My name is Sofi. I'm 25 and I'm a lawyer. I was born in Zaporizhzhia, where I lived for most of my life. As a student, I spent 6 years in Kharkiv.

War in Ukraine is very personal to me because it affects my homeland. My path as a volunteer started with my father joining the fight for Ukraine and me looking for help.

At HERO Society - Ukraine we stand together for what we believe the most: Freedom, Dignity, and Humanity." 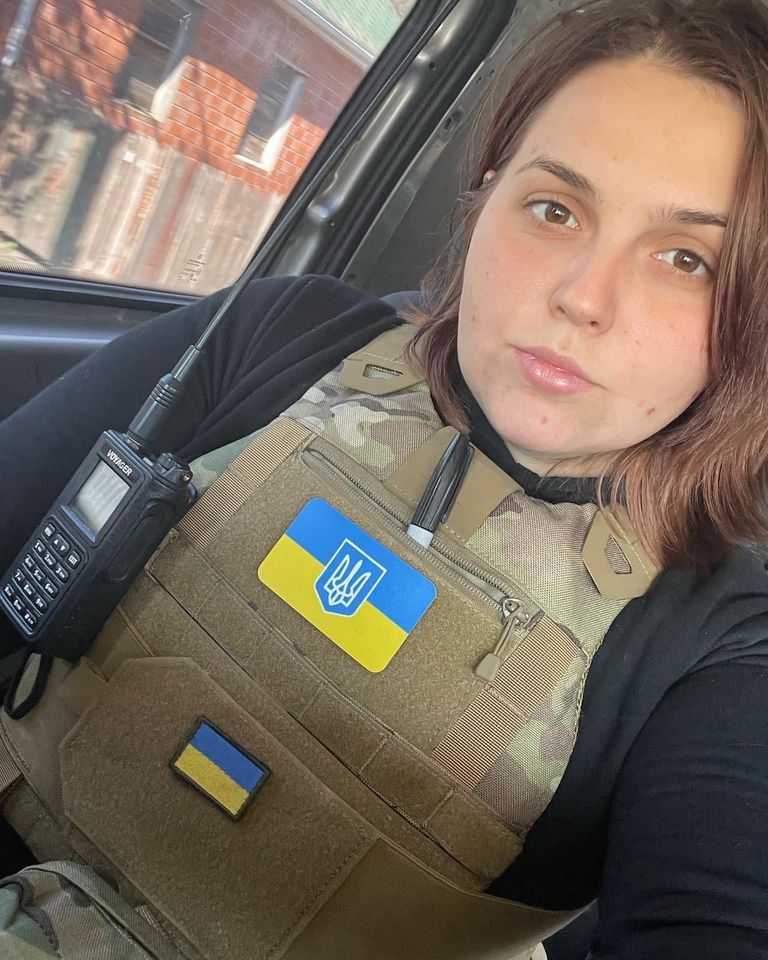 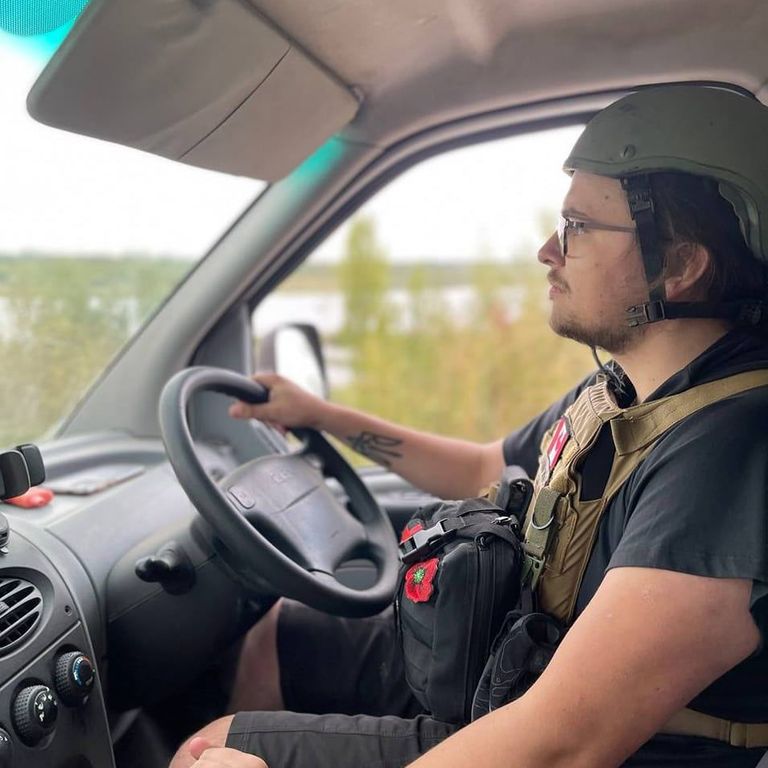 Alex has been volunteering in Ukraine since early  April. He co-founded and established HERO Society - Ukraine as a Registered Charity in Ukraine.   He is the longest serving HERO Society volunteer in country.

"In December 2021 when Russia began the buildup of military forces on the border of Ukraine, I watched closely as the world continued about its business. I knew that a country doing such a thing would likely lead to the worst possible outcome.. war. So I told myself that if this became the case that I would do anything I could do to help defend the autonomy and freedom of a country under direct aggression and oppression from a violent regime.

When Russia crossed the border in late February, I immediately began networking with others who were going to do the same as me, travel to Ukraine and help them out in any way possible.
I initially thought I would be fighting, however I found that because I had no prior military service, my time would be better spent as a humanitarian.
In conjunction with other volunteers we established the charity in Ukraine. I provide networking, coordination, and general day to day operations in our humanitarian missions.

Although the situation is incredibly stressful and wears me down every day, my faith in the Ukrainian people and my drive to continue helping here in Ukraine has not faltered."

Board member- on his second mission to Ukraine

From Colorado, USA -  Carson is back!

already logging hundreds of miles along the front lines bringing evacuees to safety from some of the most dangerous areas in Ukraine.

At 21, Carson is the youngest on the team. He was brought up to be an avid hiker, honing skills in the boy scouts which would help him with his missions to Ukraine.

He had been following the situation in Ukraine for several years when Russia invaded in February.

"When Russia began a full scale invasion I believed it was incredibly wrong and that it was time I did something about an issue that I care about."

Carson spent 3 months in Ukraine where he drove delivering aid to in Lviv, Ternopil, Kyiv, Poltava, Chernihiv and Zaporizhzhia. 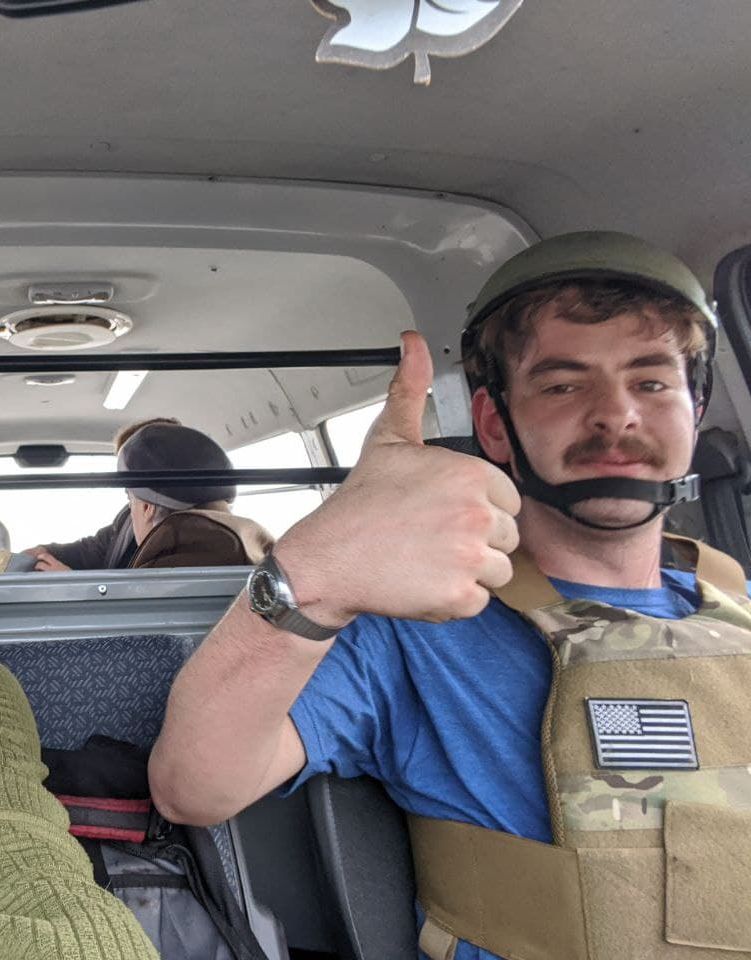 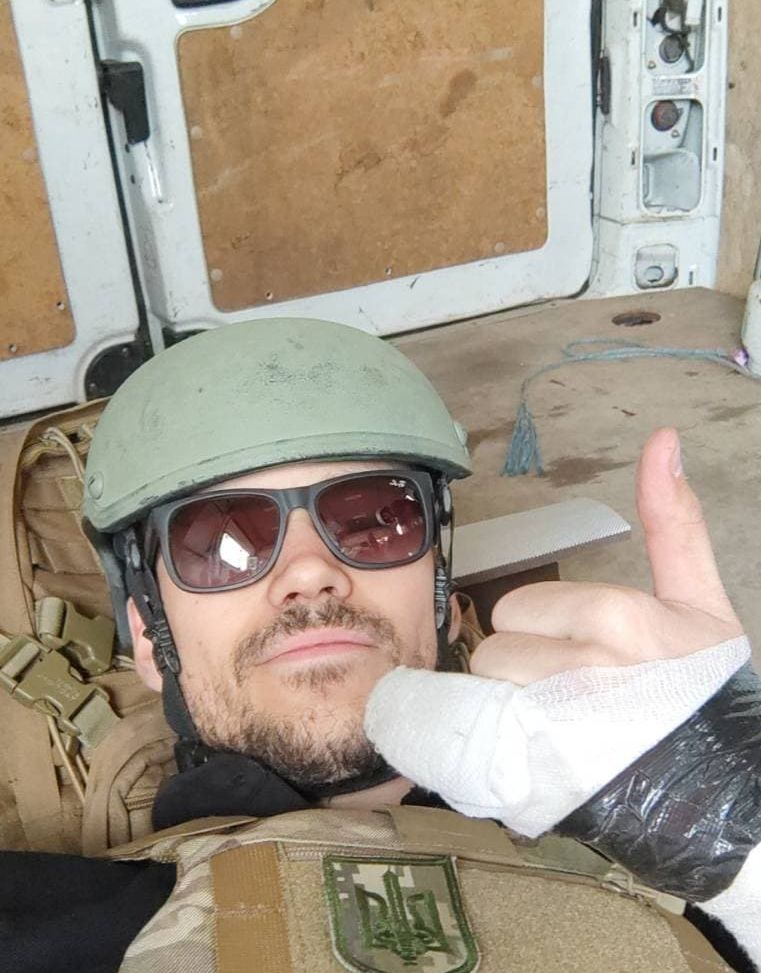 JB is on his second mission to Ukraine. He had always wanted to live in Kyiv before the Russian invasion in February.  So when it came under attack he knew he had to come and help.

Arriving in March when Kyiv was under siege JB describes it as a mess.

"My first convoy was in Kyiv, when Russian were all around. We started with 2 buses and a truck, but lost one bus in a big snow storm (it was -15 degrees Celsius outside), and took 12 hours to drive from Lviv (and had to go through occupied villages)"

JB's humanitarian efforts have taken him to Irpin, Bucha, Kharkiv and now Izium and Zaporizhzhia.

He recently recorded missile strikes near the groups location in Zaporizhzhia.

"..it's always dangerous, I think that to be here you need to accept that you can die at anytime. But like you can die crossing the road back home, it's destiny I guess. It's how I see things." 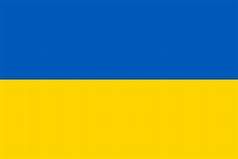 Help us make a difference in the lives of Ukrainians

This site uses third-party website tracking technologies to provide and continually improve our services, and to display advertisements according to users’ interests. I agree and may revoke or change my consent at any time with effect for the future.
More

This tool helps you to select and deactivate various tags / trackers / analytic tools used on this website.